For a healthy growth and a highly efficient immune system. 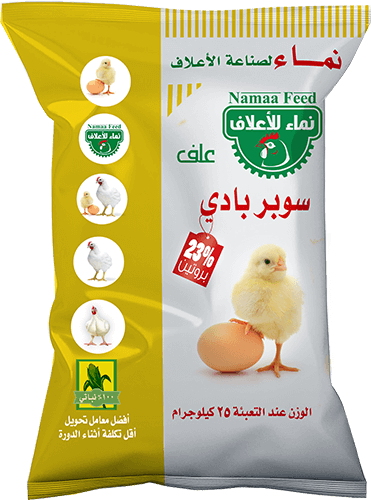 For fast and balanced growth with the best feed conversion ratio. 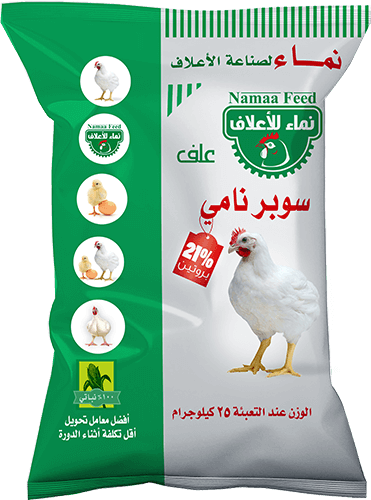 To complete growth and ideal appearance. 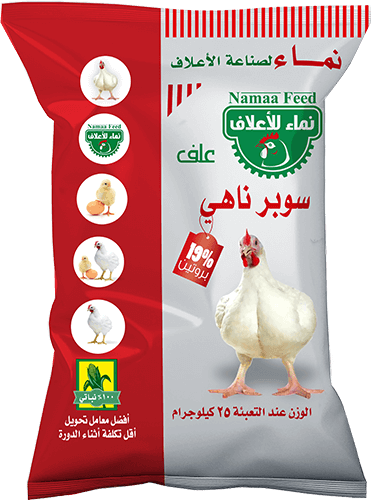 For correct and economic growth. 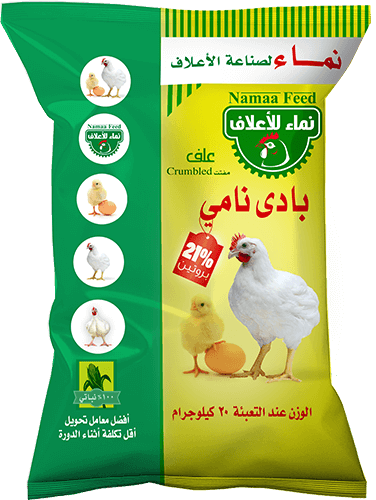 A well-balanced formula was developed according to NRC requirements for chicken by age.

Carry its data analysis according to Egyptian standards.

It is treated and supported with anti-coccoidal and clostridial supplementation.

The main source of protein in our feed is soybean meals which considered a high-quality protein source and is considered one of the best sources of digestible protein for chickens.

Supported with (Zinc, copper, manganese, iodine, cobalt and selenium) in addition to vitamins.

The main sources of energy in our feed are maize and vegetable oils that provide the caloric requirements for poultry.

Containing the most important essential amino acids such as (Lysine and methionine, ect.).

Ensure that birds obtain the ideal level of the third important amino acid which is threonine, and it is scientifically proven that if the required percentage of threonine is met, all dietary requirements of other amino acids have been met.

It comes in the form of pellets or crumbles, which is a heat treated feed to improve digestion as well as performance represented in the feed conversion ratio and the final weight.

These feeds are supported by digestive enzymes to provide more energy for chicken as a result of improved and more efficient feed digestion.

These feeds are supported with the yeast cell wall, which in turn combine with the pathogenic bacteria in the digestive system of birds, thus contributing effectively to the prevention of diseases and enhance the performance of the immune system and improve digestion efficiency.

The feeds are supported with vitamin E which works with the selenium component to produce antioxidants, which help maintain the integrity of the cell membrane as well as maximize the performance of antioxidants.

It is supported with the basic organic micro-minerals, which are the most absorbent by broiler chickens, which helps in reducing oxidative stress as well as enhancing the immune function to help prevent diseases.

It is supported with organic selenium that is capable of absorption by broiler chickens as it is a major component in the production of many antioxidants, which helps to increase resistance to diseases.

These feed are supplemented with anti-caking agents such as sodium/calcium aluminum silicate material because of its high ability to reduce the potential mycotoxin effect.